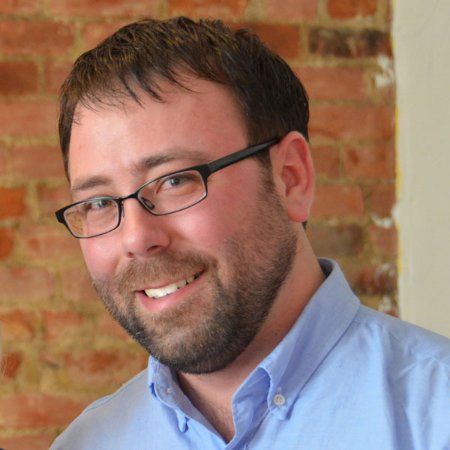 The success of the Willamette Falls Legacy Project relies upon the support and participation of many stakeholders.  One of them is the Downtown Oregon City Association (DOCA), also known as Main Street Oregon City, a nonprofit working to revitalize downtown Oregon City.  DOCA is responsible for some of Oregon City's most popular and high-profile community events, including the annual First City Celebration in July.

We caught up with Jonathan Stone, DOCA's Executive Director, to talk about what the riverwalk will mean to the downtown district, results from its downtown parking study and what he's looking forward to on the riverwalk.

Downtown Oregon City, especially along Main Street, has undergone an amazing revitalization.  How does DOCA see itself in relation to the riverwalk and efforts to develop the overall Blue Heron site?

We see the riverwalk as an intrinsic part of the downtown district.  We recognize the mill site as part of our focus area for our efforts and services.  What it means now versus what it would mean in the future very much depends on how the project evolves.  The types of activities we engage ourselves in depend on what we’re trying to achieve.

Eventually, I imagine that we would have either a strong partnership role or be directly involved in what programming might happen there.

Have you heard any feedback from DOCA businesses and property owners about what’s happening over at the mill site?

Everybody is anticipating it.   It’s basically the first question I get asked whenever I talk to somebody I haven’t talked to in a while or upon first being introduced to someone - it’s “what do you know about that mill site?”

Moving forward, what synergies do you see between DOCA and WFLP?

One of the things I mentioned to the riverwalk designers is that you’re going to be dreaming up a bunch of great ideas for the site, and the site is only so big, but when we think of the site as a continuation of downtown, we need to think of all those ideas in the context of the entire district.

So if you have fifteen amazing ideas and you narrow them down to five and you can only fit in three, let’s talk about those other two, and is there anything that we can do to help implement those things in other places?

We see our role as a partner in helping to understand the inter-relationship between this world-class design effort at the mill site and how we help the rest of downtown stand up to that and be continuous with it.

DOCA has collected data for a downtown parking study.  What results have you found?

We proposed a renewal and expansion of the parking study that was done in 2009, so we could better understand the economic improvement district as it relates to new business uses.

We have not yet done a full analysis of the data, but we have found that our hypothesis is correct – our peak hour for public parking demand is at 6:00 p.m., dinnertime, and it’s both during the week and on weekends.

My understanding is that the transportation demand management study (being done by the Willamette Falls Legacy Project as part of its development strategy) will offer a lot of insights that we could also apply to the rest of the district.  We are looking to provide that project with information to serve as a starting point.  We also look at where our economic opportunities are.

What are you most looking forward to doing at the riverwalk when it is opened to the public?

I share the anticipation of everybody that provided input for the vision and master plan - and those values are very much what we have as well.  I’m excited about a multi-dimensional experience.

Personally, I hope there’s a significant cultural opportunity on the site, whether that is an interpretive center, performing arts spaces - and it would be super interesting if it were incorporated into the outdoor spaces as well.

Speaking for my board, we want to see a place and experience a place that’s undeniably Oregon City and when people go to the riverwalk they take away a sense of what makes Oregon City unique.

With the falls and retaining existing buildings and all of the public visioning that’s happening, I think the riverwalk will succeed in reflecting what Oregon City’s all about and help to assert to the rest of the state and the country that what happened here is nationally significant.

Jonathan Stone is the Executive Director of the Downtown Oregon City Association and was named statewide Manager of the Year in 2016 by Oregon Main Street. Prior to joining DOCA, he worked as an architectural professional focusing on institutional and multi-family residential projects and spent time as an independent consultant working with traded sector and family owned businesses. He has an MS in Information Systems and MBA in Marketing from Boston University and a Bachelor of Architecture from Boston Architectural College. In addition to his work for DOCA, he sits on board of directors for the Willamette Falls Heritage Area Coalition, Rediscover the Falls, Oregon City Chamber of Commerce, and Clackamas County Historical Society.