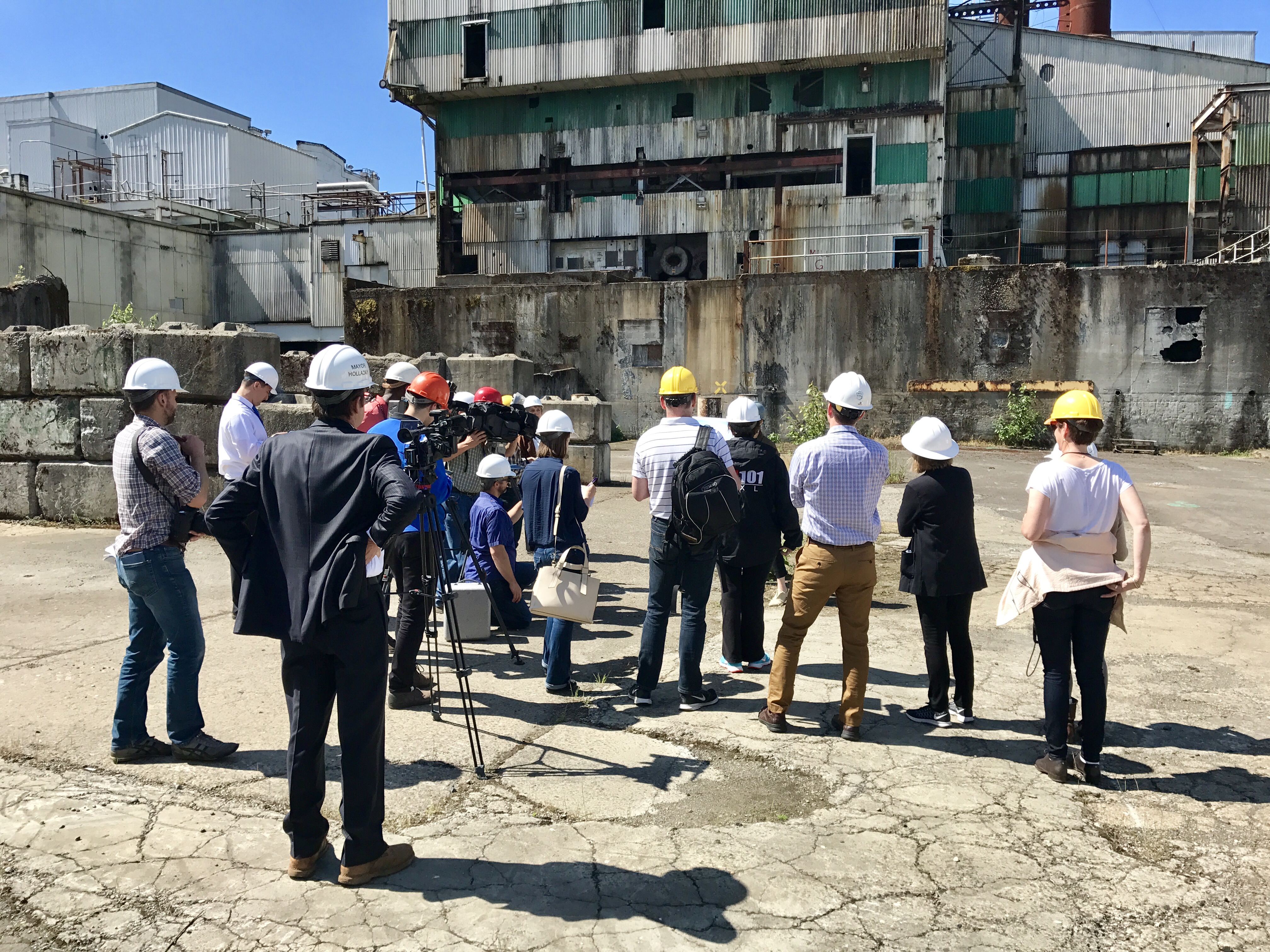 Metro Councilor Colette hosted several media at the site to unveil final concept designs today. Designs will be revealed to the public this Saturday at WFLP’s Riverwalk Design Celebration, details below.

The inspiration of a design team of internationally-renowned architecture firms Snøhetta, Mayer/Reed and DIALOG, the riverwalk will feature promenades along the river and pathways lofting through the former industrial site on the southern banks of the Willamette, adjacent to downtown Oregon City. Plans for the riverwalk also incorporate a number of existing structures still standing on the site, leftover from a century of industry.

“Today, the Willamette Falls Legacy Project unveiled the design of the riverwalk, which will guide the creation of one of Oregon’s most important public space projects. Our  partnership is working to give Oregonians and visitors an up-close experience of one the most beautiful and significant places in the state—a place that the general public has not been able to access for 150 years.”—Carlotta Colette, Metro Councilor for District 2

Willamette Falls is the second largest waterfall in North America by volume and an important cultural site for Native American tribes, who have gathered, fished and traded there for millennia. In 1889, Willamette Falls was the location of the country’s first long-distance electrical transmission, when electricity generated at the falls was used to power a string of electrical lights 14 miles away in Portland. Settlers in Oregon City used the falls to power a series of industrial facilities, including woolen, flour and paper mills.

After the Blue Heron paper mill closed in 2011, Metro, Oregon City, Clackamas County and the State of Oregon formed the Willamette Falls Legacy Project, whose goal is to create a public riverwalk for people to view Willamette Falls, which will be built on a portion of the 22-acre site, and establish a public-private strategy to spur redevelopment of the entire site, which is privately owned by Falls Legacy LLC.

Since 2013, the Willamette Falls Legacy Project has collected the input of thousands of community members from across the state in public meetings, events and surveys, using this feedback to guide a process that culminated in the unveiling of riverwalk design.

“This is a game-changer for our community. We are opening up a spectacular place to people, and when they come, it will mean new opportunities for our businesses and residents.” —Oregon City Mayor Dan Holladay

« Our website has a new look!     Explore the Willamette Falls Riverwalk Design »