Rediscovery and Redesign – A Conversation with Mayer/Reed, Snøhetta and DIALOG 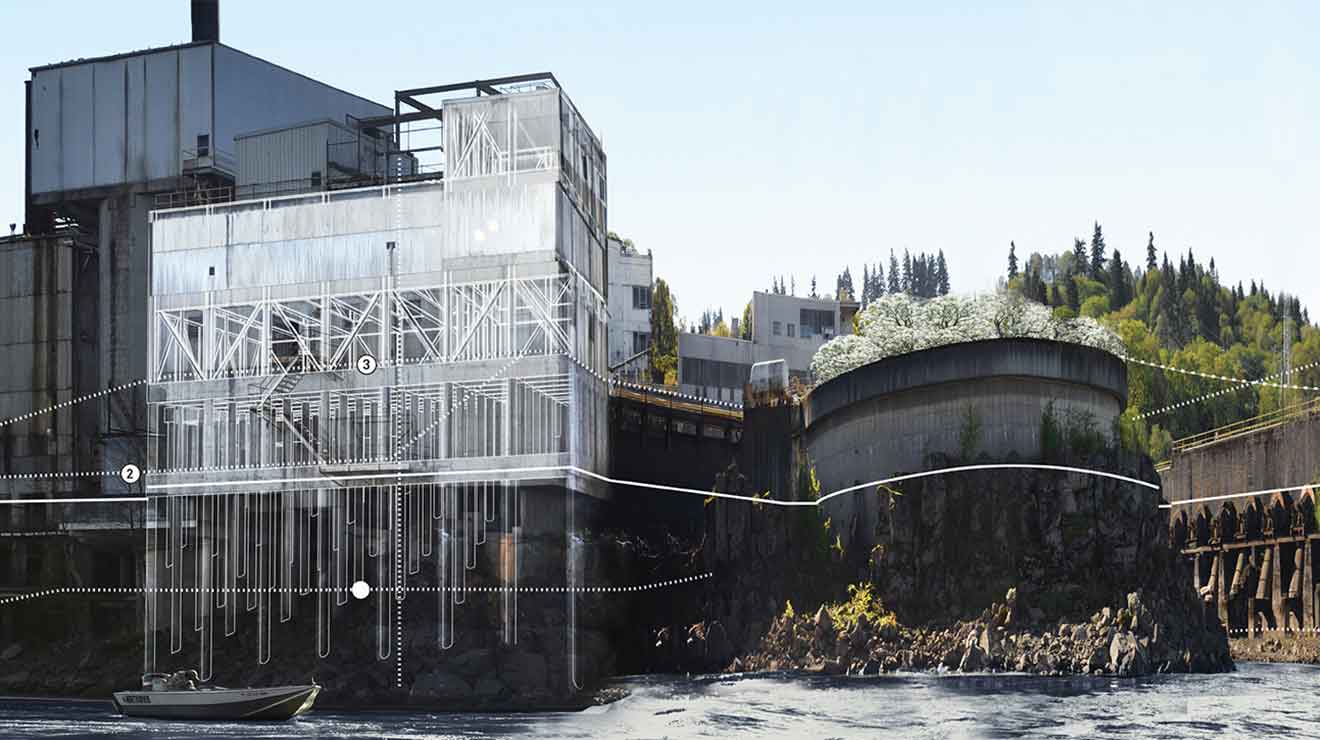 Join us for the kickoff event of the Riverwalk design process! Show your love for the project, meet the designers, mingle with other community champions and learn more about how you can get involved in the upcoming process that will transform the most amazing place we don't visit into a new Oregon landmark.

Presented by UO John Yeon Center for Architecture and the Landscape

Connecting with the river

A Conversation with  Mayer/Reed, Snøhetta, and DIALOG

No landscape feature in the metro region is grander—and more hidden—than Willamette Falls. Second only to Niagara Falls for the volume of water spilling over it, the falls have been sacred to Native Americans for millennia, a powerhouse to the economy for a century, and blocked from public access for decades.

That’s about to change. With the bankruptcy and sale of the adjacent Blue Heron Paper Mill, Oregon City has re-zoned the land to be a new part of its downtown. And for the water’s edge, Willamette Falls Legacy Project partners Oregon City, Clackamas County, Metro and the State of Oregon have launched the creation of a bold new riverwalk. In June, a national solicitation yielded the international team to design it, led by Portland’s Mayer/Reed with the Oslo/New York-based Snøhetta and Vancouver, BC’s DIALOG. The dynamic combo of design team and site promises the most dramatic new connection to the Willamette River since the demolition of Harbor Drive to build Tom McCall Waterfront Park.

Hosted by journalist and University of Oregon John Yeon Center director, Randy Gragg, the Willamette Falls Legacy Project partners invite you to an evening with the designers to see their past work and hear how they will approach inventing a new experience of Willamette Falls.

As director of Landscape Architecture for Oslo/New York-based Snøhetta, Delk has lead a wide array of projects: downtown plazas, conceptual plans for hundreds of acres of parks, streetscape revitalizations, and campus plazas and green-spaces. Currently, Michelle is leading the design of the New Calgary Public Library Plaza and Gardens and the Temple Library Landscape.

A Principal at DIALOG, Alan is recognized as a leading thinker on urban issues. Alan’s experience spans all project types from single-family homes to large-scale urban redevelopments in Vancouver, Edmonton, Los Angeles, and Memphis. As a past chair of the Vancouver Planning Commission, Alan is particularly well-versed in working with governments to shape private development.

The University of Oregon’s John Yeon Center is devoted to inspiring rigorous thinking and public dialogue about architecture, urban design, and landscape. It is the overseer of the Watzek House, The Shire, and the Cottrell House, three historic properties designed by the visionary designer and conservationist, John Yeon.