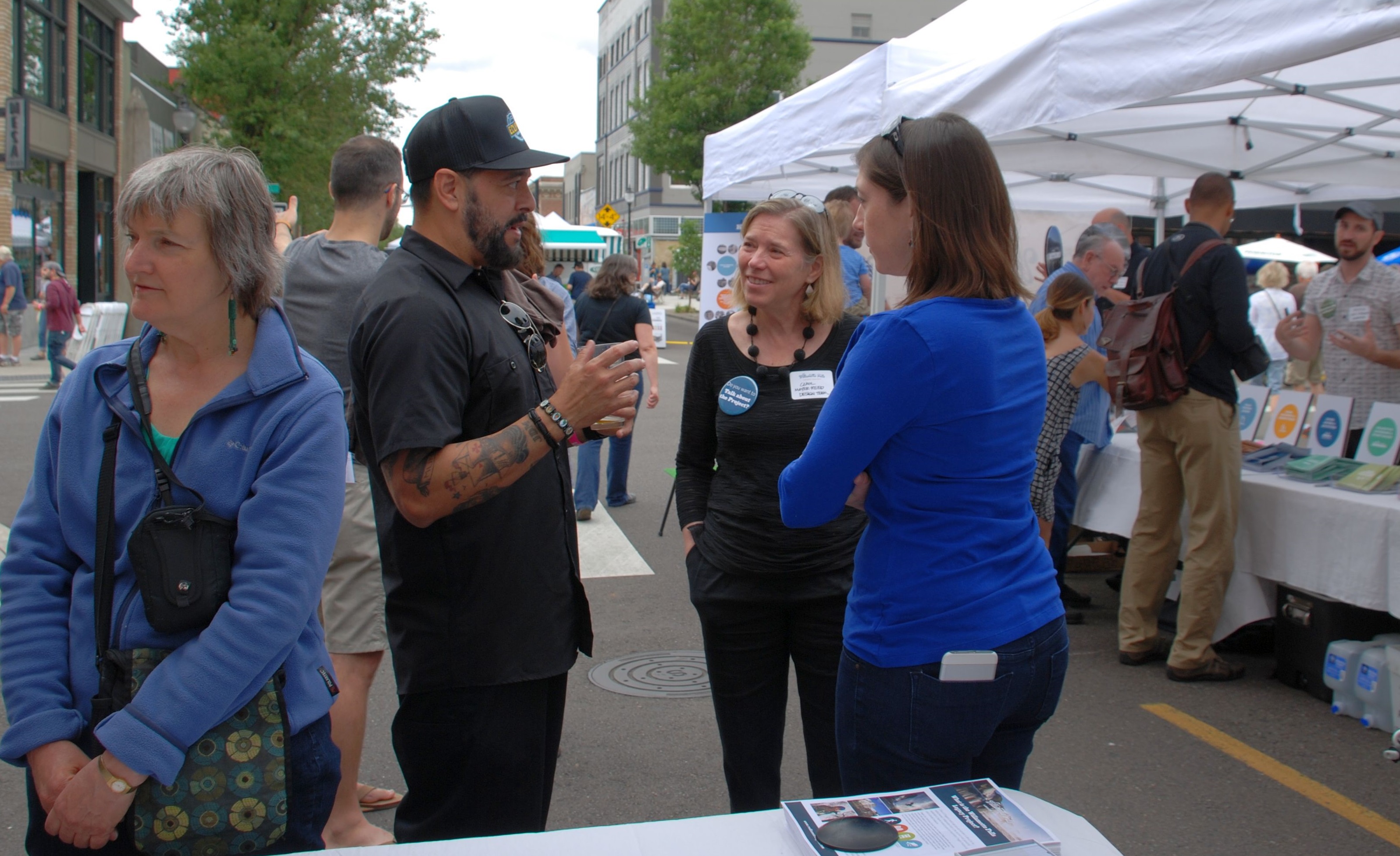 Hundreds of people visited the Willamette Falls Legacy Project booth at downtown Oregon City’s First City Celebration on July 23. Project staff, designers and volunteers from the friends group, Rediscover the Falls, were on hand to talk with visitors, answer questions and seek community input on seasonal activities that could occur at the Willamette Falls riverwalk. Hear what people had to say about the riverwalk in the video below, and read on to learn more!

The riverwalk design team provided different colored suggestion cards for six different riverwalk use categories, and asked people to sort their ideas by putting them into boxes representing winter, spring, summer and fall.  Many of the ideas were suggested as being appropriate for all four seasons.

More than 600 written responses were submitted, demonstrating once again the community’s enthusiasm and excitement about the project. Summer was the most popular season for suggested activities, followed by spring, fall and winter.

The six categories of uses were based on community input at the open house held in March, along with years of community engagement since 2013.  The uses are:

River access and activities favored the summer season with popular ideas of kayaking, fishing and other water activities. The other key uses were well balanced among the four seasons.

The graphic below illustrates the input we received, with a sample of some of the more detailed ideas for each season. Each dot represents one suggestion card.

This activity illustrates the riverwalk’s potential to be a four-season community hub for a wide variety of activities and experiences, appealing to people with many different interests and from all walks of life.  The input will also help project staff and the design team develop a programming plan that takes advantage of seasonal differences.  The flow of water over Willamette Falls varies dramatically over the year, with heavy flows in the winter and spring, and what seems like just trickles of water by comparison in the late summer.